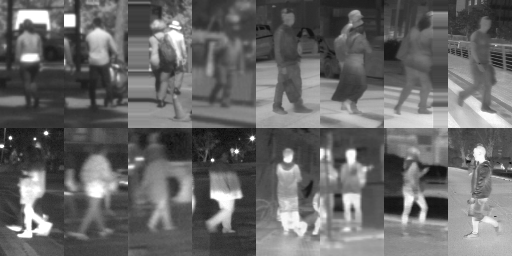 The dataset is composed by two sets of sequences. These sequences are named as the day and night sets,  which refers to the moment of the day they were acquired, and Visible and FIR depending the camera that was user to recor the sequences. For training 3695 imegas during the day, and 3390 images during night, with around 1500 mandatory pedestrian annotated for each sequence. For testing around 700 images for both sequences with around 2000 pedestrian during day, and around 1500 pedestrian during night.

Disclaimer: Please, read the terms of use before downloading the dataset.