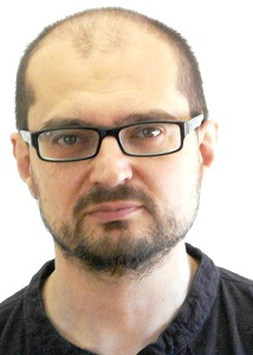 Dr. Antonio M. López is the head of the Advanced Driver Assistance Systems (ADAS) Group of the Computer Vision Center (CVC), and Associate Professor of the Computer Science Department, both from the Universitat Autònoma de Barcelona (UAB). During 2009 the ADAS group achieved the qualification of “Consolidated Research Group” (2009-SGR-71) given by the autonomic government of Catalonia. Recently, the group has renewed this qualification (2014-SGR-1506).

He received the B.Sc. degree in computer science from the Universitat Politècnica de Catalunya (UPC) in 1992, the M.Sc. degree in image processing and artificial intelligence from the Universitat Autònoma de Barcelona (UAB) in 1994, and the Ph.D. degree in 2000 from the UAB as well. Since 1992, he has been teaching in the Computer Science Department of the UAB, where he currently is an Associate Professor. In 1996, he participated in the foundation of the Computer Vision Center at the UAB, where he has held different institutional responsibilities.

He has been responsible for public and private projects with companies such as Volkswagen AG, SEAT CT, Applus+IDIADA, Samsung (Europe), Xerox (XRCE),  and BBraun, and is a co-author of a large number of journal and conference papers, all in the field of computer vision (see Google scholar).His research interests are vision-based object detection, semantic segmentation, domain adaptation, computer graphics for training computer vision models. These topics are seen as key technologies to be applied in the fields that are of high interest for Antonio, namely, ADAS and autonomous driving. Currently, Antonio is specially active in domain adaptation for objected detection, in particular, adapting models learned with computer graphics ground trouth to be applied in real-world scenarios. He has been also very active in pedestrian detection for ADAS, even publishing a book about it.

It is worth to visit the current coordinated project in which Antonio is the principal investigator, eCo-DRIVERS.