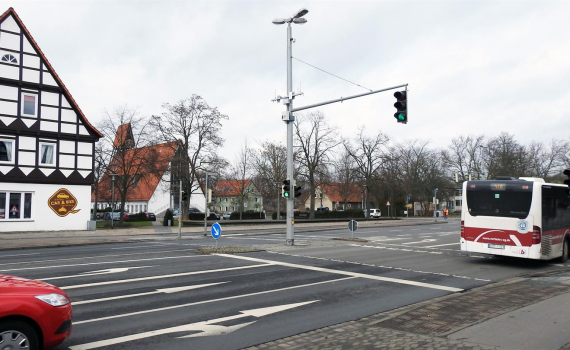 This pilot site offers the latest with respect to infrastructure detection as part of the Application Platform for Intelligent Mobility (AIM) test site. Stereo video detection combined with radar and hemispherical dome camera’s enable the infrastructure to enhance the safety of automated driving.

The demo site Tostmannplatz in Braunschweig has four approaches which are controlled by traffic lights. There are two lanes per direction on the main road and additional lanes for left-turning. The so far applied signal control uses a number of induction loops for vehicle-actuated green time adjustment, based on time gaps. A bus line passes through the intersection without preemption.

Since the existing induction loops did not cover all requirements in other recent research projects, additional detectors were applied. Magnetic field sensors were used for installation in the roadway surface. They have the advantage that a cabling over long distances could be avoided, because their information transmission to the signal controller is wireless. In some approaching lanes additional sensors were installed in order to better handle effects such as e.g. cutting the curve when turning.

In addition to the magnetic field sensors, the demo site is equipped with a roadside unit (RSU). The RSU contains a V2X unit, which enables direct communication with equipped vehicles. Since the Tostmannplatz is an intersection within the AIM network (Application Platform Intelligent Mobility), the RSU is basic technical equipment.

Furthermore, the demo site is equipped with an additional mini PC. On this PC the traffic simulation SUMO is used to transform the point-based vehicle detections from the in-road sensors into continuous measurements of vehicle positions and speeds by modelling the state of traffic around the intersection. This is applied to compensate for the insufficient V2X equipment rates. The mini PC is connected with the signal controller and can be used to adapt the traffic signal timing.

The demo site Tostmannplatz in Braunschweig will be used for most of the MAVEN use cases, including urban platooning, cooperative sensing and speed and lane change advisory. 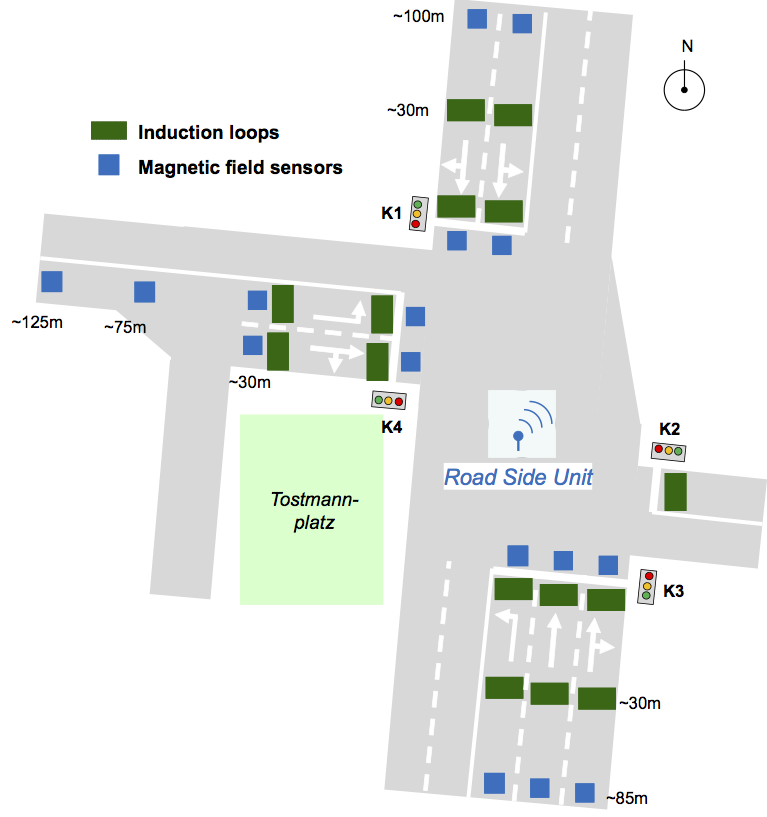