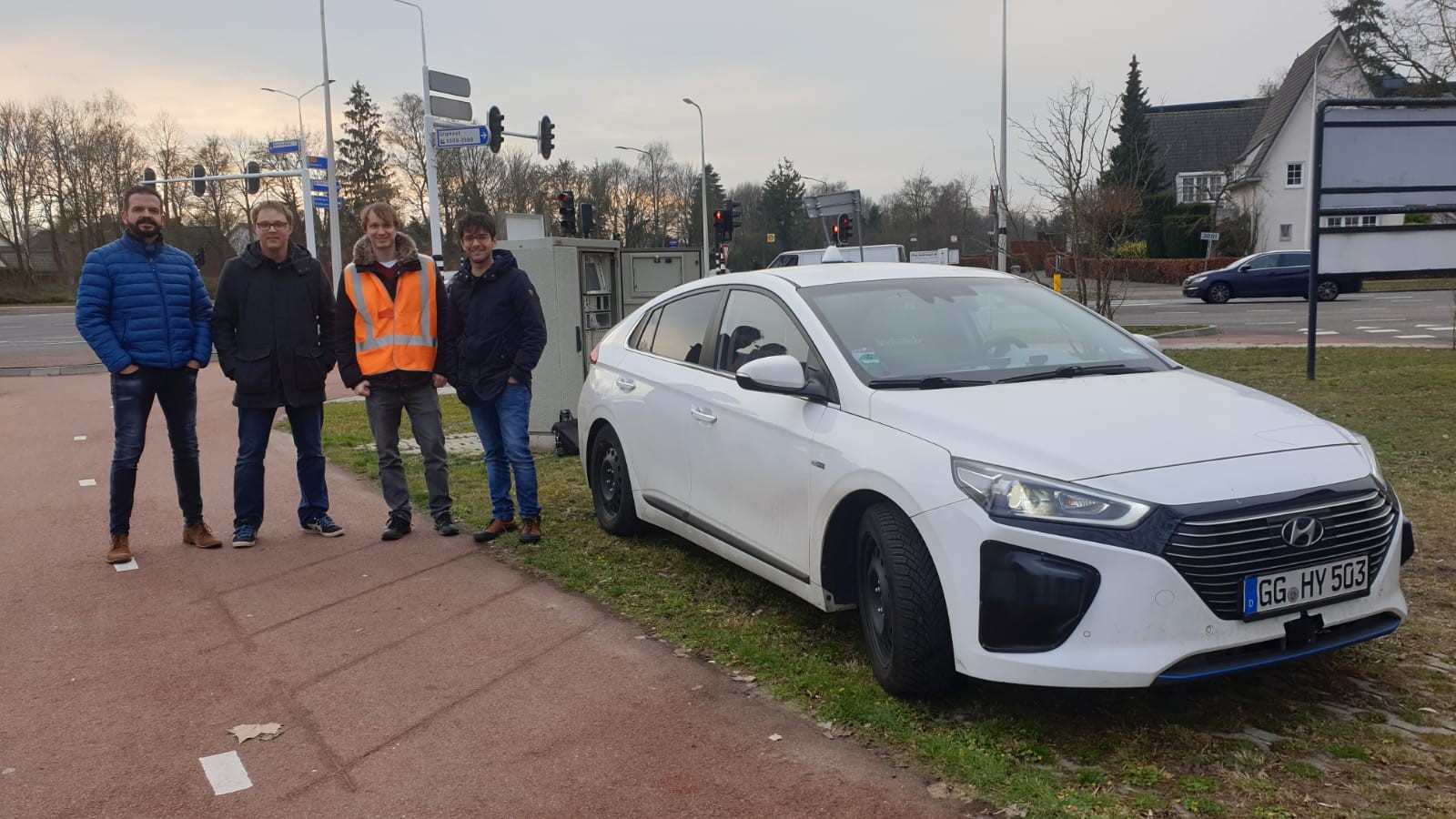 In the week from the 18th to 22nd of February 2019, an important MAVEN test event took place in Helmond. The Hyundai Motor Europe Technical Center team responsible for the MAVEN project tested, for the first time on real roads with the support of Dynniq, the MAVEN infrastructure-assisted automated driving through urban intersections. In these tests, the Hyundai automated vehicle prototype successfully performed a V2X interaction with the Dynniq traffic light controller which allowed automated adaptation to lane-change and speed advice received from the infrastructure to cross the test intersection in real-life traffic conditions. In addition, the automated vehicle automatically informed back the traffic light controller on the planned route at the target intersection and about the actual status of compliance to the received advice, which enables further optimization of the traffic light controller’s phase and timing calculations.  These successful tests are the result of the good collaboration between the involved MAVEN partners and repay the efforts spent to obtain an exemption to drive automated on restricted sections of public roads from the appointed Dutch authorities. The next pictures taken during the tests show the Hyundai car while driving automated (inside and outside views) as well as the testing team from Hyundai and Dynniq.

Some videos of the performed tests will be shown at the exhibition of the upcoming EUCAD 2019 conference (https://connectedautomateddriving.eu/eucad-2019-exhibitions/) as well as in the next MAVEN dissemination events.