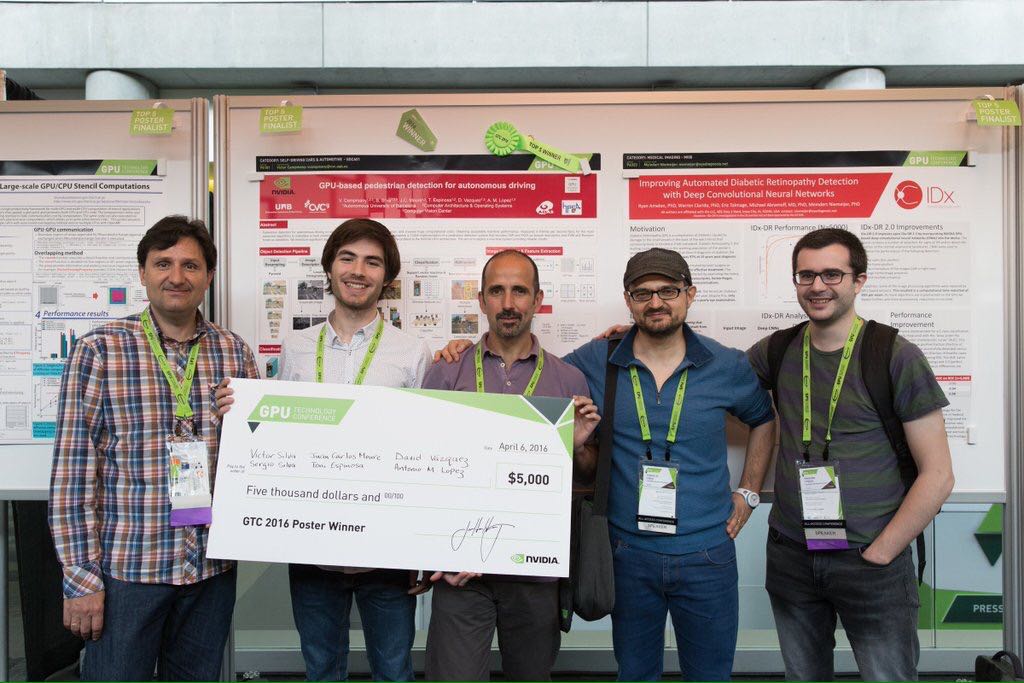 The poster “GPU-based Pedestrian Detection for Autonomous Driving” on the detector pedestrian based on vision has been awarded as the best poster GTC (GPU Technology Conference) 2016. The student Victor Campmany, with the help of the rest of the ADAS group at the Computer Vision center has been the winner of this contest.

The work done by Computer Vision Center research group has been developed in collaboration with members of CAOS Juan C. Moure and Toni Espinosa. This pedestrian detector based on computer vision intended to be used in autonomous driving and running in real time on a GPU NVIDIA type.

GPU Technology Conference NVIDIA (GTC), was held from 4 to 7 April in San Jose, California. At the epicenter of visual computing, GTC is the forum biggest and most important in the world GPU, and brings together the entire ecosystem of NVIDIA in this prestigious event.