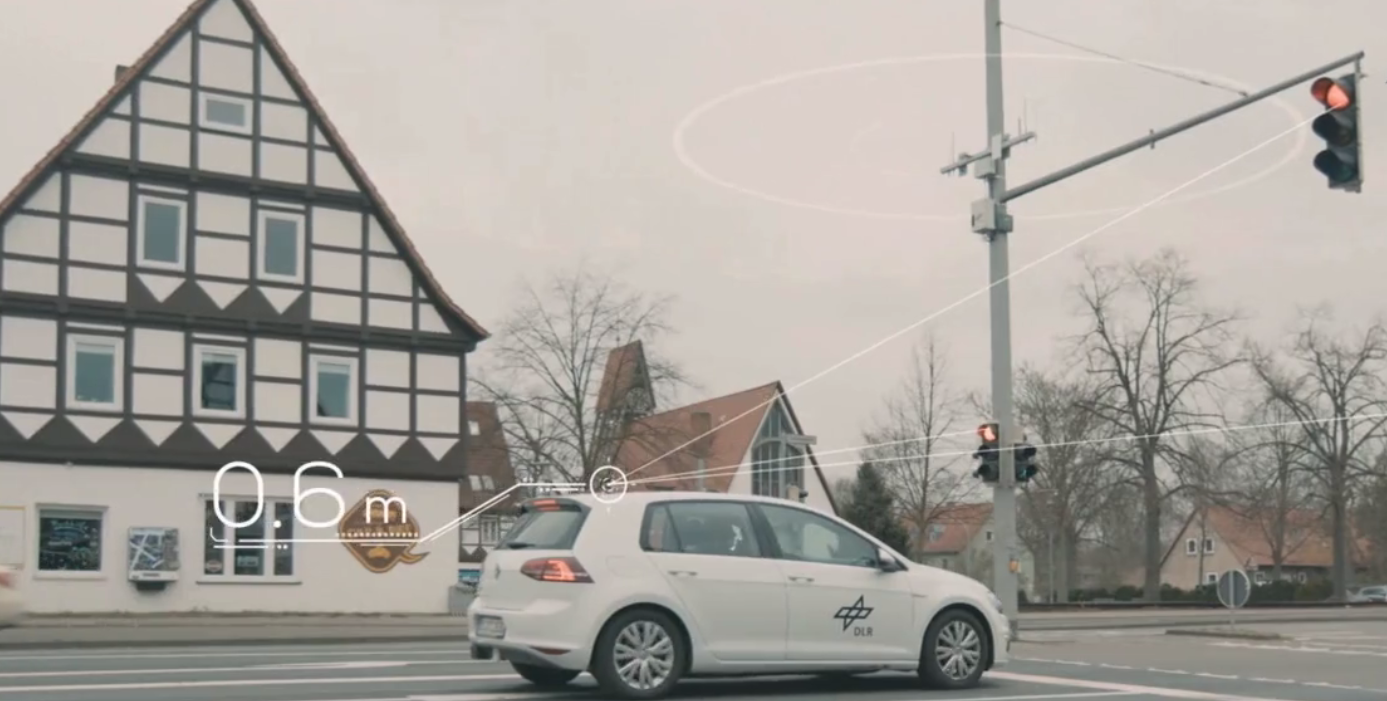 The Institute for Transportation Systems of the German Aerospace Center (DLR) will be testing the crossing of a traffic light intersection with cooperative automated vehicles in Braunschweig in the beginning of October 2018 in the MAVEN (Managing Automated Vehicles Enhances Network) project. For this purpose, the antennas and measuring equipment already installed in connection with the application platform Intelligent Mobility (AIM) at the traffic lights at Tostmannplatz in Braunschweig will be used.

Communication between car and traffic light

One of the most important aspects of cooperative automated driving is the communication between equipped vehicles and the infrastructure (Car2X communication), such as traffic lights. “In the future, the road infrastructure must know at where road users move on intersections. Then it can optimally coordinate these movements – like a conductor in the orchestra,” explains Julian Schindler from the DLR Institute of Transportation Systems. The infrastructure installed at Tostmannplatz uses a camera to detect pedestrians and cyclists and transmits this information to automated vehicles for more precise and early detection. The security increases. In addition, the traffic lights provide speed and lane change recommendations to the vehicles.

New technique for testing with platoons

Within the EU project MAVEN, this technique has already been prototypically implemented on a test site, as can be seen in the video below (note that there is no sound):

The AGLOSA traffic control system shown in the video uses a new concept of integrating the traffic simulator SUMO into the controller and is further described in Deliverable 4.1 Cooperative adaptive traffic light with automated vehicles.

From the beginning of October, these will now be tested in real traffic. In addition to the existing technology of the Application Platform Intelligent Mobility (AIM), the traffic lights at Tostmannplatz will be equipped with additional measuring technology. A camera mounted on the light pole records anonymised data. Mobile cameras owned by the Institute support the results of the new camera scientifically in the beginning. The camera data is used to help the vehicles to “see around the corner”. Furthermore, automated vehicles are creating so called platoons which allow a close following. By doing so, automated vehicles can travel across the intersection with less distance to each other, so that more vehicles pass the traffic light during the green phase and the traffic lights are thus more effective. As a further development to the more well-known truck convoys that are currently being tested on freeways worldwide, the urban platoons from MAVEN focus on rapid adaptability to the environment, especially taking into account all non-automated road users. Platoons will constantly form and dissolve without restricting the behavior of other road users.